A Recommendation To Support Research In Password-less Authentication

As a result of the activities of CyberSec4Europe, one of our policy recommendations to the EU is the furtherance of work being carried out in the project itself or elsewhere on password-less authentication. This would dramatically improve the usability of systems and services – and also make them more secure. 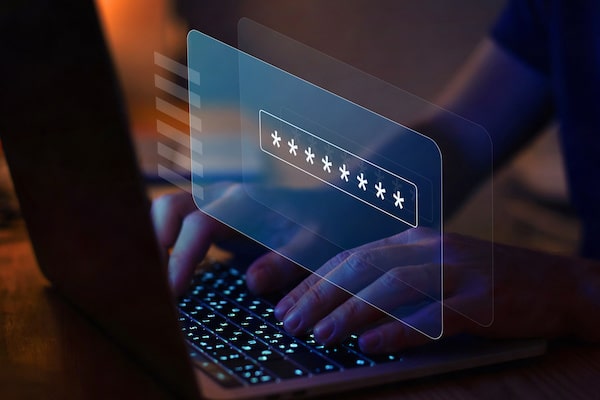 A strong password is not enough to guarantee security; even though it can be safely stored (e.g., as hash value), it can be subject to various attacks that target the user (e.g., social engineering) or the system (e.g., password leakage). EU citizens need to handle hundreds of passwords which may lead them either to select easily guessed passwords or password reuse that seriously affecting security.  Weak and obsolete authentication methods may lead to compromising individual accounts and via privilege escalation may put at risk whole European organisations and critical infrastructures.

Most of the existing so-called password-less authentication solutions are password managers trying to address password overload and password typing problems, but they still employ passwords. Therefore, the EU should request from Member States and stakeholders to develop and implement secure, true password-less authentication solutions such as FIDO, which have been designed and implemented to counteract password attacks, while they ensure user-friendliness and high interoperability following the latest standards.

Although authentication (i.e., the procedure of verifying the identity of a person or a device) is one of the pillars of cybersecurity, most authentication systems today are still based on outdated approaches such as passwords. Indeed, password-based authentication solutions are subjected to various attacks, such as phishing, guessing, and password file leaks, all of which enable attackers to impersonate their victims. According to Verizon’s Data Breach Investigations Report, more than 67% of the data breaches in 2020 were caused by password vulnerabilities. As individuals use an increasing number of passwords, several hundred passwords per user in some cases, they find it difficult to remember them all, and thus tend to reuse the same weak passwords. To overcome some of the weaknesses caused by passwords, multi-factor authentication (MFA) solutions, such as USB tokens, one-time codes, SMS, etc, have been introduced. However, it has been proven that MFA can also be vulnerable to several types of attacks including theft, bypassing, phishing, etc. Password-less authentication solutions, such as biometrics and USB tokens, have been proposed over the years to replace traditional password-based authentication, which indeed address some of its drawbacks, such as password stealing and cracking. Nevertheless, these solutions have not prevailed for several reasons, such as applicability, security concerns and lack of knowledge. Currently, the majority of password-less authentication deployments mainly act as password managers, which retain many of the weaknesses of passwords. Over the past few years, a new approach to authentication has emerged: password-less authentication.  In this approach, users prove their identity by convincing the server that they know a secret without ever revealing what it is. One such approach is FIDO 2 – a password-less authentication mechanism and a web standard.

In the era of ubiquitous access to myriad applications and services that can be granted via different devices and networks, a password, no matter how strong, is not enough to preserve security as it can be subject to theft and phishing. Although EU generously funds research in the area of cybersecurity, the relevant calls for proposals do not explicitly ask for innovative, user-friendly and secure authentication solutions which results in the recycling of obsolete password-based authentication techniques. Despite its importance, EU research funding has not been identified as a strategic area to advance the appropriate technologies and solutions for authentication, which will satisfy all the different networking environments, since only a limited number of research projects focus on advancing authentication. Nowadays, with the autonomous and distributed networking ecosystem, the authentication process involves different entities, (i.e., users, machines, IoT devices, etc), whereby each one has different requirements and capabilities.

The authentication process is an essential part of ICT and has an immediate application to every sector that appears in the Joint Research Council’s (JRC’s) taxonomy, A Proposal for a European Cybersecurity Taxonomy. Thus, the implementation of obsolete or weak authentication solutions in critical sectors, such as energy, health, government, transportation, supply chain, etc., might lead to catastrophic consequences for Europe. New robust authentication solutions should be studied and introduced to cope with the attack surfaces, due to the evolution of the networking ecosystem and the increase in computing power. Otherwise, Europe will be compelled to import secure password-less authentication solutions from overseas, risking its digital sovereignty.

How does password-less authentication work?

During the authentication process, a client (say, Alice) tries to convince a server (such as her bank) about her identity. Once Alice manages to prove her identity, the bank logs Alice in and gives her access to her bank account(s).

They have a secret: they have a registration phase and they require Alice to prove that she knows the secret. There is, however, one major difference: the bank will never receive a copy of the secret (not even at registration). Since the secret is not stored in the bank and is not transmitted over the network, it is not subject to traditional attacks such as phishing and password database leaks. However, the obvious challenge now is: How is Alice going to prove to the bank that she knows the secret when the bank does not even have a copy of this secret?

Although this sounds very difficult (if not impossible), it can be easily solved with what is commonly called as public key cryptography”: Alice generates two keys:

In addition, it would be worth investigating whether there are any password-less authentication methods that have not been studied.

As a result, CyberSec4Europe’s recommendations to EU policy makers in this area are to:

Over the next few years, the progress in computing power is anticipated to bring dramatic changes in the fields of computer science and ICT. This will have an immediate negative effect on the current, mostly password-based authentication methods, since the problems they already have, such as brute-force attacks and the lack of user-friendliness, will have increased. Thus, the EU should support research on the password-less authentication domain in order to design and develop methods that are able to cope with the expected advances in new technologies. This goal could not be accomplished without supporting research for alternative password-less authentication solutions e.g., attribute-based and device-based authentication.

IoT is a relatively new paradigm that has changed our everyday lives. However, authentication among different entities has not been adequately covered by existing funding schemes leaving a gap in the emerging autonomous and distributed networking ecosystem that is comprised of users, machines and IoT devices. The EU should offer new funding schemes to researchers to design and develop innovative and flexible authentication schemes and protocols that will satisfy novel concepts such as zero-knowledge proof and zero trust.